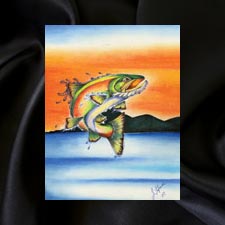 Salmon is one of the four sacred foods used by the Indigenous people of the Columbia River Basin during their Longhouse worship ceremonies. 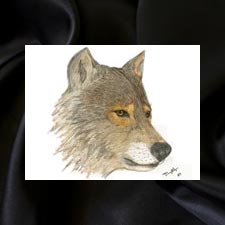 The wolf is a powerful symbol for Native Americans. It represents power and protection among many tribes. 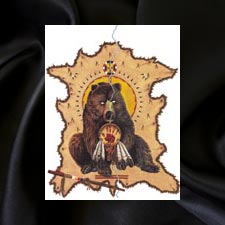 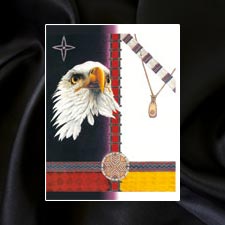 The Red Road is a phrase used by many Native American people to describe a way of life. The Red Road represents walking in balance, and for many people it represents living a clean and sober lifestyle. 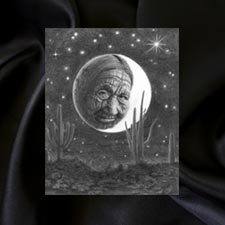 Most Native Americans refer to the moon as “Grandmother Moon”. The moon is a feminine symbol, and Native people consider the moon sacred. Without the moon, the tides of the ocean would not move. Without the moon, the earth would spin out of control. Our crops were planted according to the moon, and our calendars were kept by monitoring the moon. There are 13 full moons in one calendar year. Native Americans hold deep respect for our Grandmother the Moon. 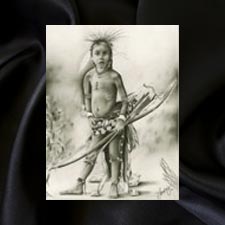 Galvin is an aspiring young artist who donated several pieces of art to Red Lodge on behalf of the Women’s Transition House Fund. This beautiful reproduction is created from an antique portrait of a young warrior. 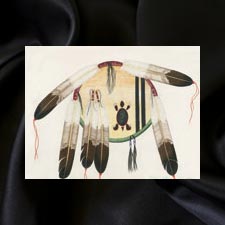 “I was given the name Little Turtle by a Paiute Elder. This shield represents turtle as my protector and name sake”. Turtles represent a sacred animal sprit to many tribes. Turtle shells are commonly made into rattles for ceremonial purposes. 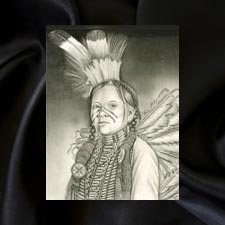 The heartbeat of the drum calls forth ancestors deep inside this young man as he prepares to enter the dance arena. Dancing is considered a religious and cultural practice among all tribes and clans. 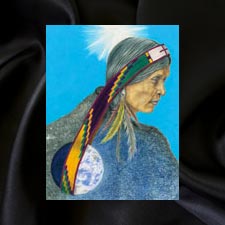 Native Americans refer to the earth as Mother Earth. The earth is a feminine symbol, and Native people consider themselves to be caretakers of the Earth. We must care for her and respect her… love her. Her beauty and bounty is beyond comprehension. Her medicine and life blood (water) is essential to all who inhabit her. 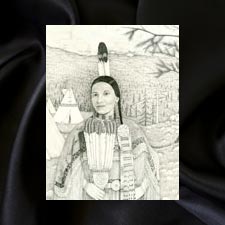 Dreaming of a beautiful future for our Native women. This picture is Mr. Walker’s interpretation of what he ‘envisions’ for Red Lodge Transition Services. Mr. Walker states he is the great, great grandson of Crazy Horse. 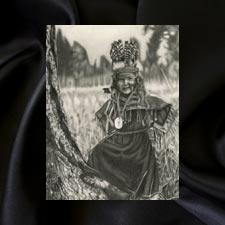 Native Americans photographed by Edward S. Curtis called him ‘shadow catcher’, but the images he captured were far more powerful than mere shadows. The men, women, and children seem as alive today as when Curtis took their pictures in the early part of the 20th century. 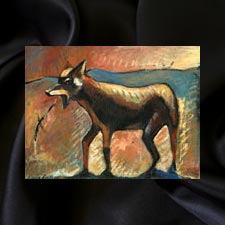 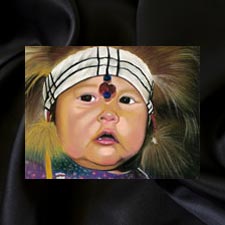 Children are considered a sacred gift from the Creator. Young ones are always included in ceremonial practices. It is not unusual to see small Native children sleeping soundly during Pow Wows and Ceremonies, as the drumming and singing continue throughout the night. 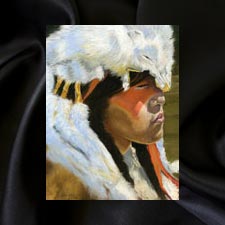 “Looks Within” is about introspection and awakening the spirit. “Looks Within” was presented to Red Lodge Transition Services on August 4th, 2012 at the 28th Annual Big Yard Pow Wow by the Lakota Club, behind the Iron Doors of the Oregon State Penitentiary (O.S.P.). The Lakota Club is one of the oldest Activities clubs functioning today behind the massive grey walls that surround this historic correctional facility; a fully functioning city that houses almost 3,000 men. 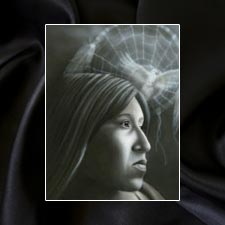 One of the old Ojibwa traditions was to hang a dream catcher in their homes. They believe that the night air is filled with dreams both good and bad. The dream catcher, when hung, moves freely in the air and catches the dreams as they float by. The good dreams know the way and slip through the center hole and slide down off the soft feather so gently the sleeper below sometimes hardly knows he is dreaming. 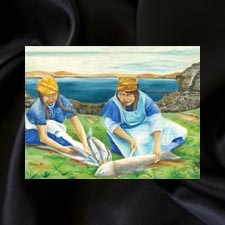 Native tribal legends, stories and ceremonies pay tribute to the salmon as one of the most important natural resources in existence. The salmon is one of the ‘First Foods’ of the Plateau Tribes. It is considered ceremonial food for almost every occasion. Many tribes refer to the salmon as the Ancient Ones. For thousands of years, Native American culture resonated throughout the Mid Columbia Basin as numerous tribes came together peacefully to fish, trade, and socialize. 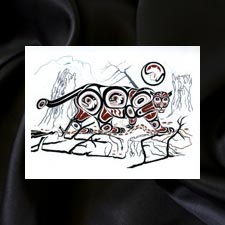 A mountain lion is walking through a forest whose trees have been clearcut by man. The spirits of the surrounding mountains and woods are saddened by the destruction of their land. 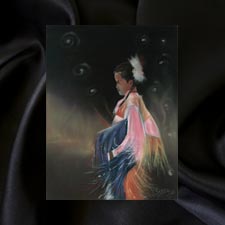 One of the oldest form of Native American Women’s Dance is Buckskin. This is a dance of elegance and grace. The movement is smooth and flowing. The ladies wear fine, hand-crafted buckskin dresses, decorated with intricate bead designs. A shawl is carried on the arm and a fan in the opposite hand 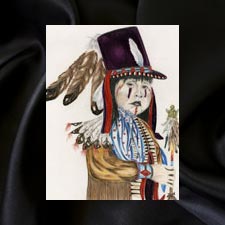 We are told that the Cherokee Medicine People travel to the rock caves to meet with the Little People and share in their secrets. Medicine people are still today an integral part of the traditional Native American lifestyle. 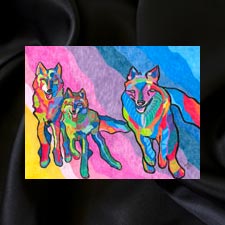 Rainbows are magical symbols known throughout the world for good fortune, joy and renewal. To be touched by a rainbow is a euphoric experience. For many tribes a rainbow is the path that leads to the spirit world. 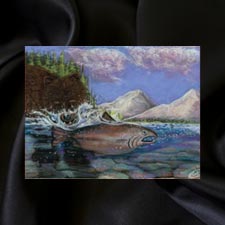 Salmon are an extremely important animal to both the lifestyle and the spirituality of many Native American cultures, especially the tribes of the Northwest Coast and theColumbia River. 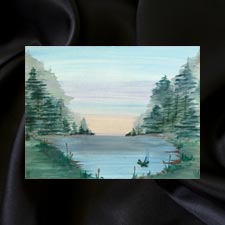 For many Native Americans, the dragonfly represents our Ancestors. It is a very important symbol of transformation and changing of worlds. Even when our loved ones aregone, they are always with us… 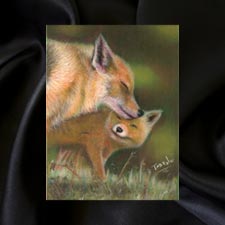 In tribes, such as the Blackfoot and Apache, Fox is associated with fire and the sun, and according to some myths, it was Fox who stole fire to bring to the people. 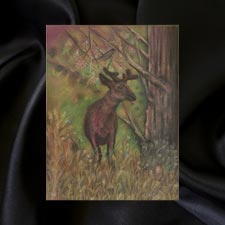