“Welcome to Friends of Red Lodge Wolf Spirit Series. Like bears, wolves are considered closely related to humans by many North American tribes, and the origin stories of some Northwest Coast tribes, such as the Quileute and the Kwakiutl, tell of their first ancestors being transformed from wolves into men. In Shoshone mythology, Wolf plays the role of the noble Creator god, while in Anishinabe mythology a wolf character is the brother and true best friend of the culture hero. Among the Pueblo tribes, wolves are considered one of the six directional guardians, associated with the east and the color white. The Zunis carve stone wolf fetishes for protection, ascribing to them both healing and hunting powers. The back of each card includes information about the art and the significance of the image from a Native American view”. 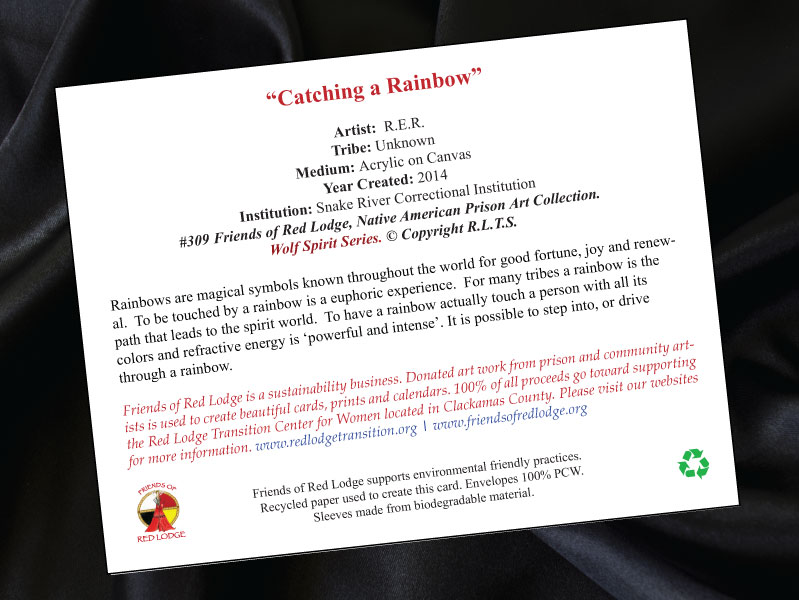 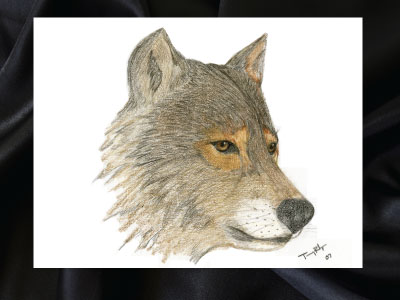 The wolf is a powerful symbol for Native Americans. It represents power and protection among many tribes. Wolves have a sophisticated communication system. Multiple vocal tones are used to pass on information from one wolf clan… 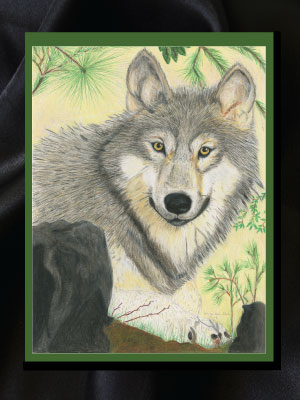 The wolf has an enormous sense of family responsibility and commitment to the pack or “clan”. Wolves have a sophisticated communication system. Multiple vocal tones…. 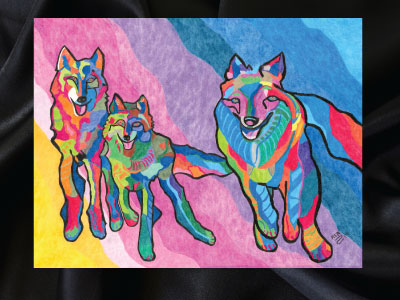 Rainbows are magical symbols known throughout the world for good fortune, joy and renewal. To be touched by a rainbow is a euphoric experience. For many tribes a rainbow is the path that leads to the spirit world… 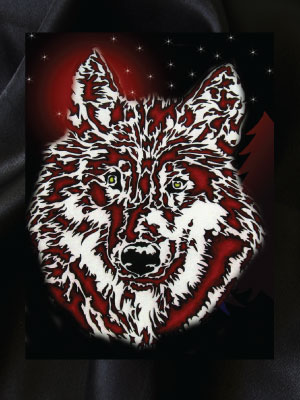 The wolf offers some of the most striking animal meanings in the realm of spirit animals. The power of the wolf brings forth instinct, intelligence, appetite for freedom, and awareness of the importance of social connections…. 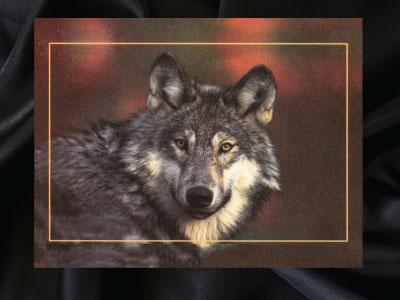 Wolves figure prominently in the mythology of nearly every Native American tribe. In most Native cultures, Wolf is considered a medicine being associated with courage, strength, loyalty, and success at hunting…

One evening an elder told his grandson about a battle that goes on inside people. He said, “my son, the battle is between two ‘wolves’ who lives inside us all….