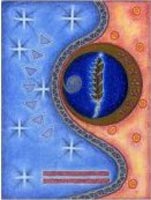 Amanda went to prison for drinking and driving, her second offense. She had been to treatment for substance abuse but it didn’t seem to do any good; she wanted to numb the pain of losing her son in a car accident and the only thing that made her stop thinking about it was alcohol.

While in prison, Amanda thought about how she had let her three remaining children down. Treatment at Coffee Creek Correctional Facility was hard—it required 100% participation and sharing with peers she did not trust. The treatment program did not consider cultural differences in how people process feelings, which made it hard for Amanda to engage with it. “There are pieces I think are relevant to my situation but others don’t get it. It’s so hard to try and participate when I feel like some of the women on the unit are just faking it…I like the Talking Circle because I feel understood and I know people are being real.” Amanda attended Red Lodge programming on a regular basis, and the Talking Circle and sweat lodge ceremony helped tremendously as she began to process her grief. There were times she felt vulnerable as the layers of pain and shame started to peel back, but she knew she was in a safe place to begin healing her wounded spirit.

Amanda finished treatment and was released in November 2014. She graduated with honors in May 2016 with a degree in substance abuse counseling, and her youngest son graduated with a double degree in mechanics and welding. They moved back to Warm Springs and still live together, supporting each other and maintaining a life of sobriety. The household has grown to include one of Amanda’s grandchildren, who now has a stable, loving home and two positive adult role models.

This three-generation family has kept in close contact with Red Lodge, and all volunteer. Amanda says, “I love my life, and if someone would have told me 10 years ago I would be clean and sober and a college graduate I would not have believed them! I am so very grateful for everything I have learned and received from Red Lodge on this journey. I owe a lot of my success to Red Lodge for encouraging me to be the best I can be 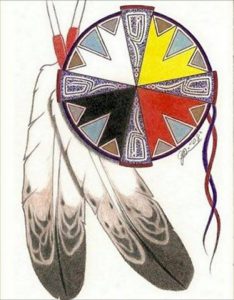 When I first met Jody, she was chained to the wall in the segregation unit. I was given permission to visit her to see if I could help her get enrolled in the Cheyenne Tribe. Her mother was a member, but Jody was unable to locate her. Getting birth certificates, death certificates, family trees, and tribal enrollment paperwork has its challenges when you are working with someone who can’t just pick up the phone and make their own calls. It took about six months to manage the process from start to finish, but the request went through and Jody became an official tribal member.

For the next two years, Jody faithfully attended sweat lodge ceremony and Red Lodge programming. She learned traditional songs and sang them with pride. She began reading up on her tribal history and developing an empowering sense of identity and belonging. Upon release, Jody reconnected with her mother, whom she hadn’t seen during the eight long years she was incarcerated, but her mother passed away six months later. It was devastating to learn that her mother had died at the hands of an abusive boyfriend. Red Lodge volunteers did what they could to comfort Jody and help her through one more life trauma.

Jody struggled with staying clean, and landed in jail three more times due to parole violations. The last jail sentence was rock bottom, and she called Red Lodge and asked for help. Red Lodge found her a scholarship to complete her hair design licensure requirements and a sponsor to pay for state testing, and Jody graduated after four months of a grueling schedule.

Jody is now the manager of a successful hair salon in NE Portland, where she shares a home with her significant other. Jody believes her most important accomplishment in life is her sobriety—she attends Narcotics Anonymous meetings and just earned her five-year coin. She said, “Thank you all for not giving up on me. I love my life and I am humbled to stand before all of you amazing people today and accept this symbol of hope and empowerment. I will not let you down 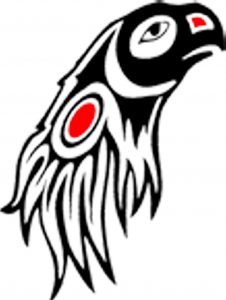 When I got out, the space they gave me at the Clean and Sober house that was being subsidized by Community Corrections, was a corner of a double wide garage that had sheets hanging for dividers. I had a single wide mattress on the floor and a small dresser. Trish came down and I started spending time with Red Lodge. It gave me a sense of community and made me feel needed. Slowly my self-esteem began to return and I began the process of digging myself out of the dark hole I had put myself in.

I wish people realized that not everyone with a felony conviction is a bad person! I wish people would stop to listen to my story and the stories of others who have struggles that end them up in prison. Even though things are tough right now, I feel blessed to have been welcomed into the Portland Native American community. It’s a great support system for folks who recognize the struggles that we go through and are serious about maintaining sobriety. I credit Red Lodge for letting me volunteer and meet folks. I love having my grandchildren involved with Bow and Arrow Culture Club. Knowing that the people who work and volunteer for Red Lodge really care about us, and they are not going to judge me for my past, is a huge part of my healing. 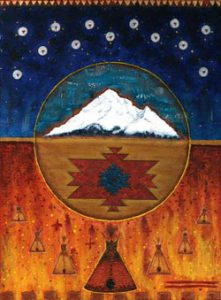 I rode the bus home during a December snow storm with all my belongings in a cardboard box. The Red Lodge representative met me the next day and gave me clothes, bought me a bus pass, and helped me get my state ID so I could go to work. I am a welder by trade. It was helpful to have someone who knew where to find resources and how to navigate the system. I am not from the Pacific Northwest, and if it weren’t for my sister, I would have had to live in transitional housing downtown. That would have really stressed this old reservation Indian to the max! Red Lodge helped me out by teaching me how to ride the bus and do job searches on a computer. They took me to Bow and Arrow Culture Club which made me feel at home. I got to sit at the drum and sing with other community members. It’s what helps keep me clean and sober. Having Red Lodge introduce me to folks that are into their culture like I am, was really life-saving. When I stick close to my culture and traditions I am strong and stay out of trouble. I have been off [parole] for 5 years now and I would like to give back by going into the prisons and helping with cultural programming. I know a lot of songs.

I owe so much to Red Lodge helping me through those first few months and making me feel valued. My wife and I just bought our own house two years ago. I love Portland!

Become A Friend
And Help Raise
The Red Lodge!
Friends of Red Lodge is a sustainability project designed to support the Red Lodge Transition Center for Women located in Clackamas County.
DONATE NOW
Make a Donation

Art of the Month 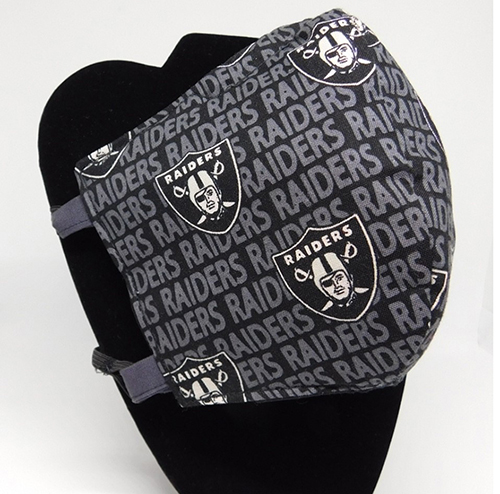